One Future is a network of groups and activists who came together in 2020 to campaign and lobby for faster and fairer climate action. Our network is made up of people who want to get active on the issue of climate justice in their communities and see real material changes that can improve our lives and protect the environment we depend on. As the year draws in, here's a little recap of what we got up to this year!

2022 has been such a rich and interesting time to support One Future members to get active on a huge range of local and national issues! With the challenges of Covid still lingering, we spent the first few months of the year training up members on climate messaging and supporting group dynamics. We had some top class sessions from NEON and Seeds for Change looking at how we can break down the enormity of the crisis and talk about it with our friends, neighbours and decision makers, as well as what we need to support our groups to thrive. 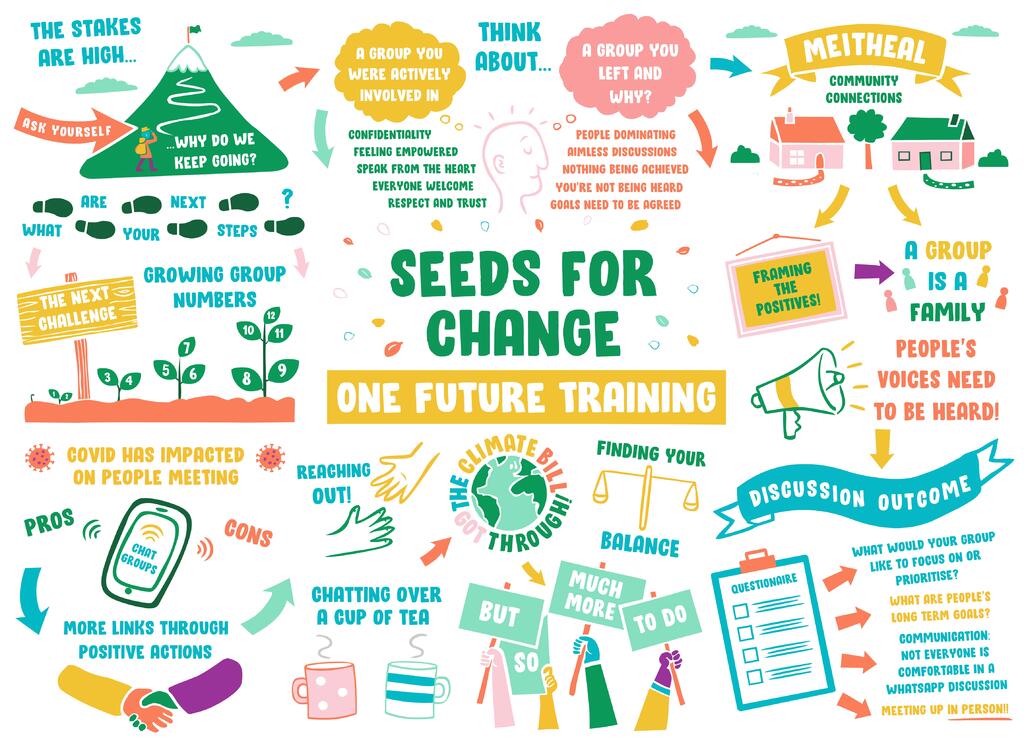 Meanwhile, our Fingal group came together to resist a new gas plant in their area being proposed by Kilshane Energy.  With the support of over 700 other One Future supporters through an online petition and the group’s own trojan work in their area - the plan was denied permission. We know that to have a chance of limiting global warming there is no room for new gas extraction. With this in mind many One Future activists threw their weight behind the ongoing campaign to stop Shannon LNG and took part in the Climate Camp organised by Slí Eile and Safety Before LNG in Ballylongford, Co. Kerry. After the Climate Camp many activists continued this solidarity at home and organised stalls in their local areas to spread awareness and bust the developer’s myth that more gas means cheaper energy.

And rising bills are very much at the forefront of peoples’ minds. Over summer One Future members were invited to come together and talk about the issue of energy poverty and what we’d like to see change in our communities to stop energy poverty at its root. Between August and September many One Future activists took part in the consultation to determine the new Energy Poverty Strategy. At the time of writing we still don’t know what this will contain, but no doubt the need for warmer homes will be something our network will continue to fight for. 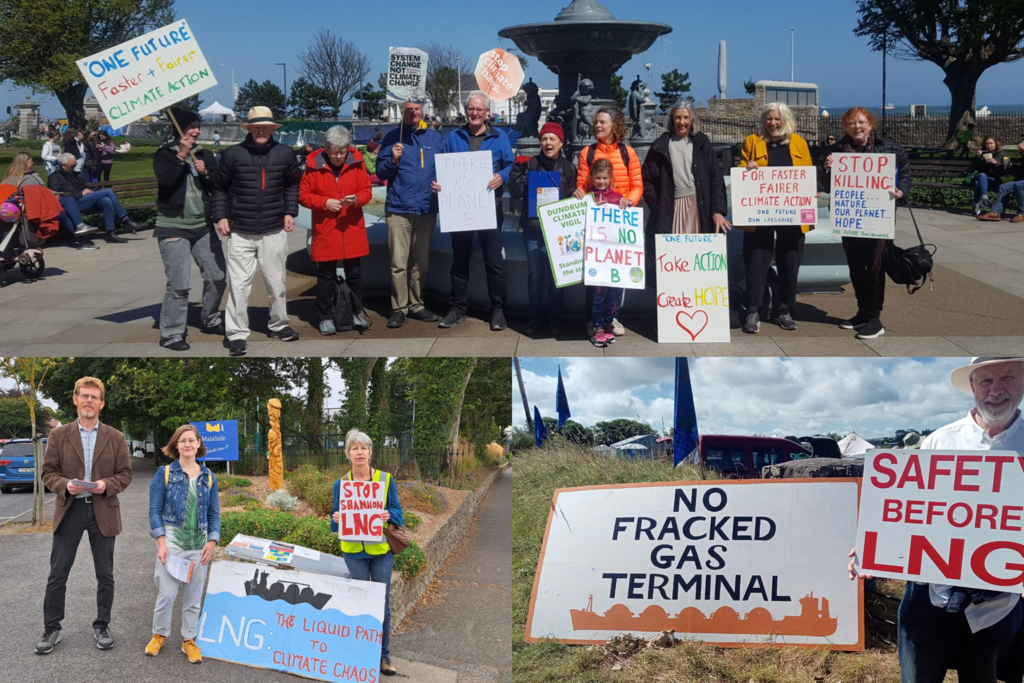 Another key moment for One Future activists to influence Government policy happened just last month with the development of the Government’s Climate Action Plan. Many groups and activists from Dublin, Galway, Carlow and Cork to name a few, put pressure on their TD’s to deliver radical climate action by organising group calls, community petitions, and emailing decision makers to show the strength of the climate movement in demanding more radical actions be reflected in this Plan.

A few weeks’ after this summer’s Climate Camp, the Energy Security Review seemed to a put a pin in the hopes of Shannon LNG’s developers by announcing that commercial LNG wouldn’t be viable - unless our already inflated data centre industry continued to grow. Our Fingal group did inspirational work in their community opposing Amazon’s enormous Data Centre proposal for Huntstown, collecting over 200 signatures for their appeal locally including Councillors and talking on local radio. We’re still awaiting the decision on this, but needless to say the issue of Data centres has not gone away. As Fingal have shown - it’s so important to have locally organised groups to lead the resistance to these gas guzzling projects. 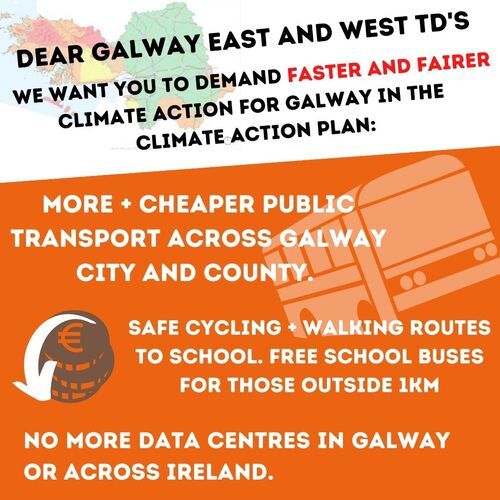 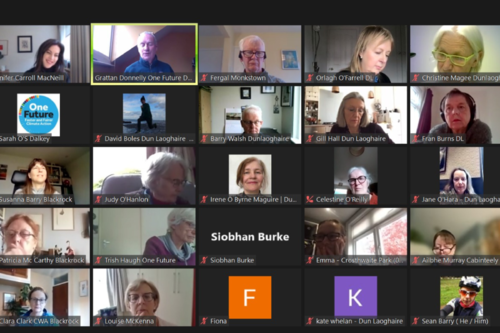 Image description (from top): Galway One Future network's petition to local TD's ahead of the Climate Action Plan; Dun Laoighaire One Future meeting local TD's with their demands for the Plan.

The highlight of the year for me was our One Future network gathering. It was a great day of learning, sharing experiences, and looking ahead to what we need to strengthen our network. We talked about the need to share experiences nationally as well as locally, and more accessible resources such as campaign guides and easy-to-read information on key issues. We also discussed our structures and ways of working, including ideas for mini-campaigns and communication across the island. Already some of these campaigns are starting to take shape and we can’t wait to share more info in the new year….!

The climate crisis can be so all encompassing that sometimes it can be hard to find hope, or figure out what to do next. But the work of the grassroots climate movement in Ireland is inspirational. We have seen time and time again the need for organised communities to protect and improve conditions for people and the environment. Looking forward to the challenges next year will bring and if you’d like to get more involved - reach out to me at onefutureireland@gmail.com 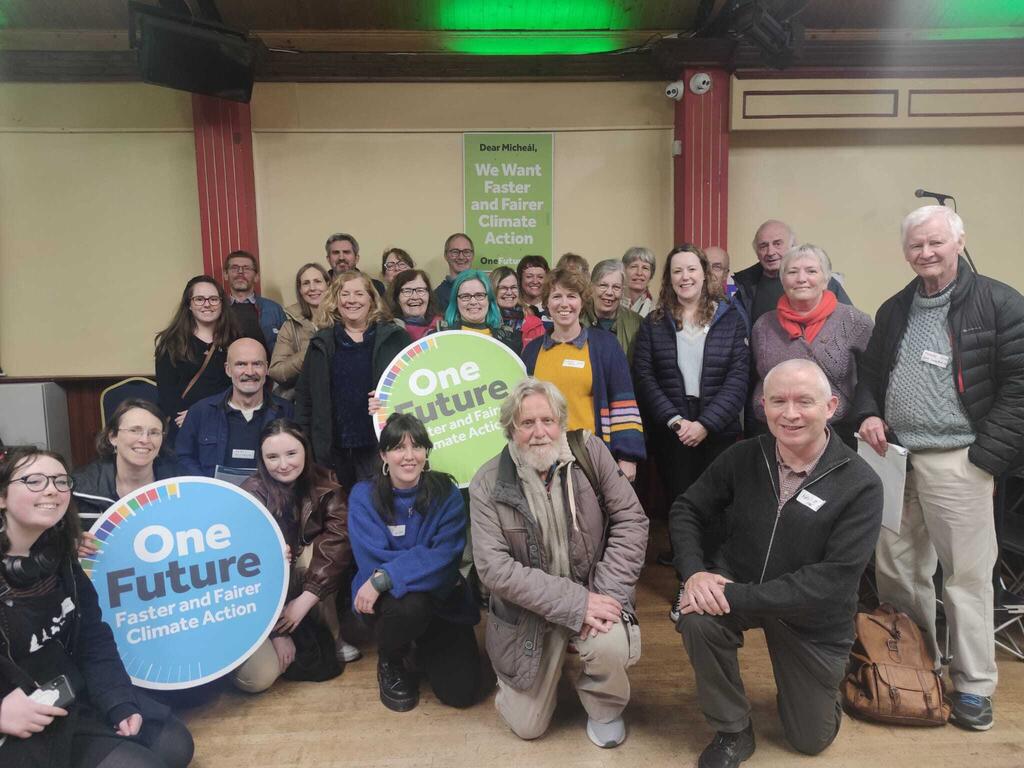 Read the One Future Charter and Values here

Categorised in:
Climate Change
Tagged with:
One Future