Our colleagues in Justiça Ambiental/ Friends of the Earth Mozambique in collaboration with the Say No to Gas Campaign have written a public statement to send to the financiers of the disastrous Mozambique Liquid Natural Gas Project.

We have signed this statement and stand in solidarity with our comrades in Mozambique in calling on these financiers to cancel their involvement in the project immediately. 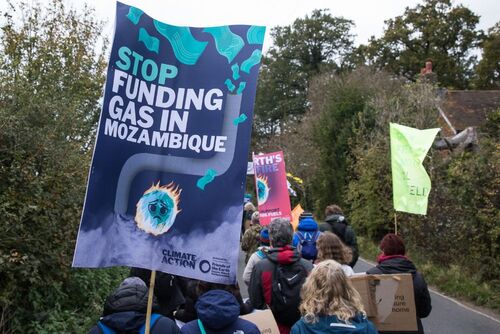 The Mozambique gas industry in Cabo Delgado province has left thousands of people displaced and without livelihoods, is ruining the environment, destroying the climate and economy and fuelling an ongoing violent conflict that has made nearly one million people refugees in their own country. The industry, led by Eni, ExxonMobil and Total, has created this suffering after only a tiny amount of liquid natural gas (LNG) has been extracted. But these companies do not operate alone – they need support from private and state financiers, and now, with the Mozambique LNG project on pause, these financiers have the perfect opportunity to help stop the project!

If your group or organisation would like to sign on to this public statement please sign on here to support Justiça Ambiental/ Friends of the Earth Mozambique and the Say No to Gas Campaign in their demand that financiers end their involvement in the Mozambique gas industry.

Resisting LNG is a priority of our No New Gas Campaign. There are many local communities and grassroots groups who have been leading the struggle and resisiting LNG in Ireland such as the Shannon LNG Project planned by New Fortress Energy in Tarbert, Co. Kerry. We know LNG is a massive step in the wrong direction for people and planet. Not only does the process of transporting liquified gas across the oceans emit huge amounts of methane, the gas itself is often fracked - a process banned in Ireland due to the dangers it poses to communities and environments where fracking wells are developed. 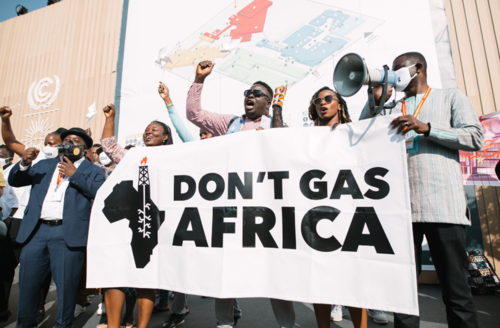 For more information about the LNG Project in Mozambique, please read this report compiled by Friends of the Earth groups and partners in Mozambique which explores how export credit agencies are violating human rights and contributing to climate change. Read the report here.

Categorised in:
Energy
Tagged with:
No New Gas solidarity