Take to the streets with us this month!

March for action on climate & the cost of living crisis!

With the cost of living and fossil fuel energy crises making so many of us feel the pinch, the upcoming Budget has never felt so important. We’ve been working with a range of anti-poverty, housing and environmental organisations to put a set of pre-Budget demands to Government - aimed at tackling both energy poverty and energy pollution. You can read them here.

We’re also encouraging Friends of the Earth supporters to take to the streets before the Budget! We’ll be attending a pre-Budget march on 24th September that the Cost of Living Coalition has organized and we’d love you to join us!

It’s not the only time we’ll be taking to the streets in September - we’re also encouraging people to attend the Fridays for Future global climate march on 23rd September. To save you attending either march empty handed, we’re hosting a banner making session on Tuesday 20th September - in collaboration with Climate Love Ireland. Below are the key details for all three events - we hope to see you there! 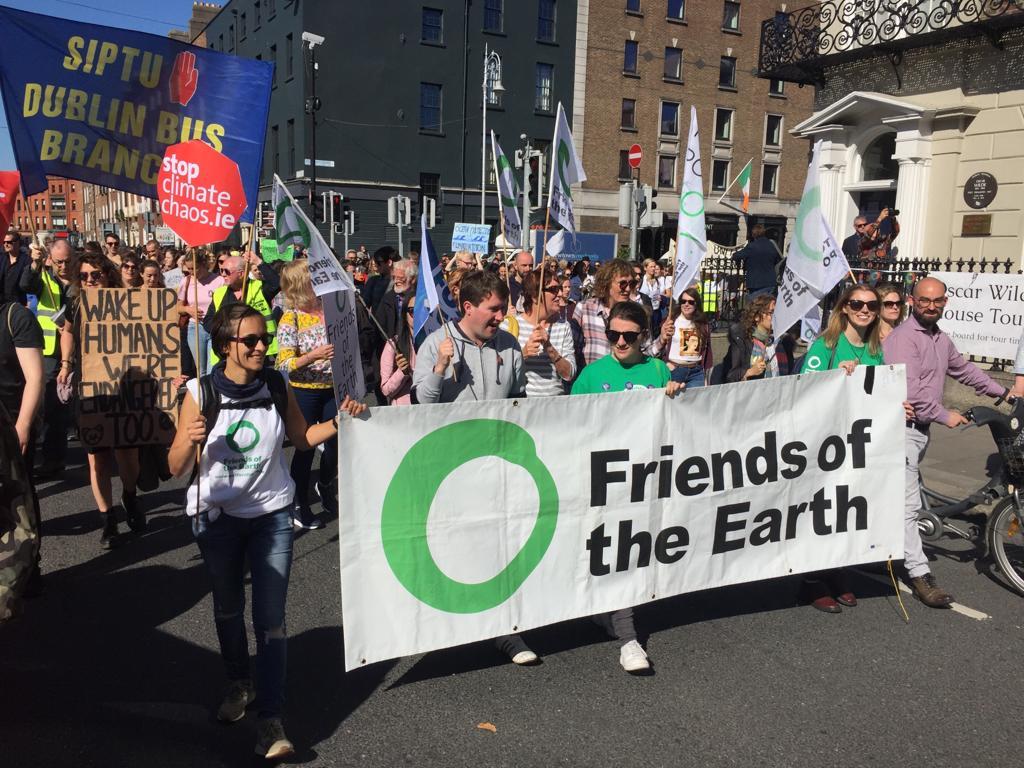 Materials: We will provide paints, markers and sheets but feel free to bring your own materials for making placards or other inspiring props.

Note: Unfortunately the office is not wheelchair accessible at present and there are stairs up to it. Drop our Network Development Coordinator, Rosi a text on 086 069 1209 if you need any directions or assistance.

Where: Leinster House, Kildare Street, Dublin or a demo in your local area

Where: Our Friends of the Earth group for the march will meet outside the Hugh Lane Gallery on Parnell Square at 2.15pm and head down to meet the main march which leaves from the Garden of Remembrance at 2.30pm. I'll be there myself so look out for me - you can see my photo at the bottom of this email. 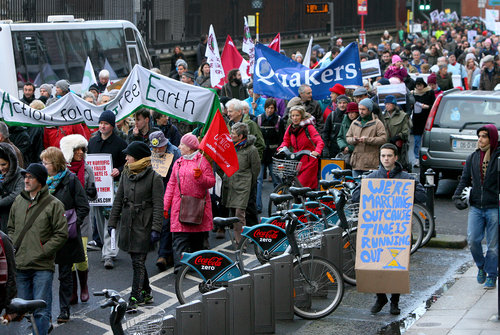 Why are these marches important?

As oil and gas traders make record profits, the link between environmental justice and economic justice has never been clearer. We need urgent and systemic action to end our dependence on expensive, unreliable and highly polluting fossil fuels. Our current energy and economic systems are not fit for purpose - it's time to think big and join with others working for transformative change.

In collaboration with anti-poverty NGOs we’ve been calling for emergency responses to the energy price crisis. Now, more than ever, it's essential that we stand in solidarity with social justice groups and demand shared solutions to energy poverty and energy pollution. We can do this by taking to the streets with the Cost of Living Coalition on 24th September.

And with one third of Pakistan currently underwater, leaving over 33 million people homeless, it has never been more important to call for climate justice and demand that rich countries respond to the global South’s call for climate reparations. Pakistan is responsible for less than 1% of global emissions yet its people are suffering the most from climate impacts caused by rich nations - who have so far refused to pay adequate compensation for the damage they have caused.

It’s time to demand compensation, debt cancellation and reparations for countries at the coalface of climate impacts. So will you show your support and join Fridays for Future on the streets on 23rd September as they make calls to “Uproot the System” and demand climate justice?

Look forward to seeing you near the end of September!